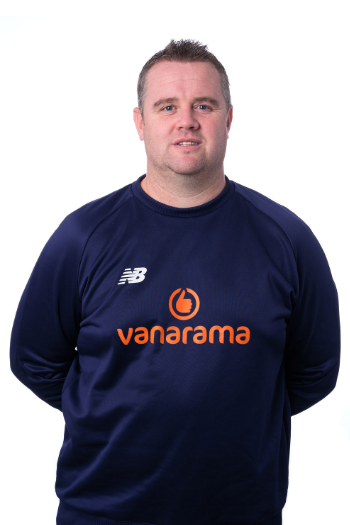 Neil became joint manager of Slough Town with Jon Underwood on 28 May 2013, making this their ninth season in charge of the Rebels, having moved together from Godalming Town after guiding the 'Gs' to a third placed finish in the Southern League Division One Central.

Neil started his career at Wycombe Wanderers under John Gregory, before moving to Farnborough, the club his father Keith also represented over 400 times. Neil went on to play for Aldershot Town, Boreham Wood, Sutton United, Leatherhead and Bracknell Town.

After a knee injury forced him into retirement at just 29, Neil made the move into management, joining Fleet Spurs in the Wessex League Division One, where he was first team manager for two seasons.

Neil then made the switch to Godalming during the 2010/11 season, linking up with Underwood and enjoying a successful spell which culminated in reaching the Isthmian Division One South playoffs and beating Sutton United to lift the Surrey Senior Cup in 2012/13.

Baker and Underwood also led Godalming to the Isthmian Division One South playoffs in 2011/12, and the Fourth Qualifying Round of the FA Cup, where they narrowly lost out against Maidenhead United.

At Slough the management duo have guided the club to two promotions, from step 4 to step 2 of the non-league pyramid. Both promotions were achieved via the play-offs, firstly to the Southern League, Premier Division in a thrilling 3-2 victory at Kettering Town in 2014 and then four years later coming from behind again to win 2-1 at Kings Lynn Town to reach the National League South.

In cup competitions they have reached the FA Cup Second Round twice before losing at home to League One sides Rochdale and Gillingham, and in 2019 led the club to victory in the Berks & Bucks Senior Cup Final against Reading.