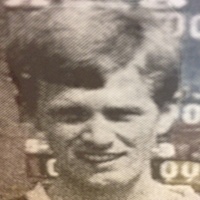 Left Back. Former Pathfinders youth player who signed for Slough in the summer of 1963 from Horlicks FC.

Regular left back, captain and penalty taker for the reserve team for the next two seasons.

Colin was the regular left-back in the Reserves last season and earned a reputation as a penalty-taker by scoring nine times and not missing any.

He played at right-back for Horlicks but switched to the left flank with the Rebels. Before that Colin, spent three seasons with the Pathfinders, and played in the District Youth XI at full-back.

During that time he had trials with West Ham, Fulham, Southend and Reading. He signed for the latter but lost interest in the club and left.

He was an apprentice compositor with the Slough Observer.