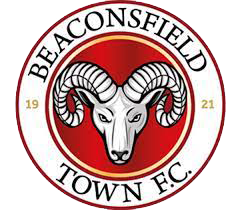 Slough Through To Cup Final

Benstead, having won the toss for choice of positions, decided to play down hill with the wind, and at a quarter past three, Payne set the ball in motion on behalf of the Slough representatives.

The "Vics" at once took the leather into their opponents territory and the Slough goalkeeper had to use his hands on several occasions, after which Float missed two very easy chances of scoring.

The Windsor team continued to press, but at length Nash made a capital run on the right-wing and finished up by drawing first blood for Slough.

From the restart, the Vics took the ball down the field and Mew should have scored, but shot wide. The Slough team now had slightly the best of the game, Hamblin having to save twice in succession. The Vics however, again transferred to the opposite end and kept the play in the Slough half of the ground until the whistle sounded for half time at which point Slough led by one goal to nil.

After the interval the ball was restarted by Benstead and given and take play took place for some few minutes, after which the Victoria skipper equalised matters by means of a long shot.

The Slough right wing was again conspicuous for some good play and by their aid the leather was taken close to the Vics goal and Hamlin was called upon to save his charge. Shortly afterwards M. Nash missed an extremely easy chance of scoring, but, nothing daunted, the latter player had another try, this time proving successful.

The Victoria now had another look in and Float was again enabled to equalise matters, a claim on the part of Slough for off-side being disallowed.

On the ball being again started, the Slough left wing took possession and centreing well, Nash looked like scoring, but was fouled by Stacey for which a free kick was allowed. From the kick the Slough forwards made a determined rush, and scored a third point.

Lewis then took the ball right into the mouth of the Slough goal and seemed certain to score, but the goalkeeper ran out to meet him, and was successful in saving his charge. Shortly after this, time was called, Slough proving victorious, after a fast and exciting match.

For the winners, Nash, on the right wing played a grand game and it is in no small measure due to him that Slough won. Norris at back and Peters and half also played well, and the goalkeeper saved some capital shots.

For the losers, Lewis and Lutwyche played well, although both were inclined to be selfish and Hamlin again proved himself a culpable exponent between the uprights.

Benstead was quite off colour during the first half, and Swain and Stacey have generally played a much better game. In future matches the halves would do well to back up their forwards a little more.