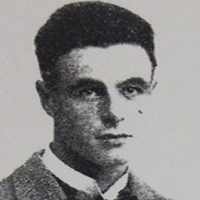 Although E.J. Norris no longer thrills the football crowds with his snap goals, no record of sport personalities in this district would be complete without mention of “Tory”, as he was known to every football follower in Berks and Bucks.

He is easily the most successful forward in post-war football, having scored nearly five hundred goals and gained every honour an amateur can gain, with the exception of securing an International cap.

He first showed his ability as a goal-scorer in the McCloskie Shield and with the Schools’ Associated team; he then played for Chalvey and on to Slough Reserves, and after the war, he jumped straight into the Slough First XI and was an instant success.

He led the Slough forwards with such success that he gained Berks and Bucks, GWS League and Spartan League honours and he received so many offers to turn professional that he eventually signed amateur forms for Arsenal and played for them with marked success in London Combination games.

In 1926 he was transferred to Windsor & Eton and played many brilliant games for the Royalists and gained further represenatative honours until he announced his definite retirement from the game.

The lure was too great, however, and he turned out for his first love, Slough, whenever they were short or pushed for a man until 1935, and played remarkably well.

Norris was also an excellent cricketer and was able to make a century in quick time or bowl a side out, while his fielding was still cleaner and smarter than that of many a younger man.

In his time with Slough, Ted notched an incredible 343 goals, easily making him the club's record goalscorer. He regularly notched six goals in a single game, including one on 4 March 1922 when Slough beat Railway Clearing House 17-0, the club's biggest ever win to date. In November 1923 he scored eight times in a 10-1 win over Marlow, and just a month later, seven in an 11-3 win over Wealdstone.