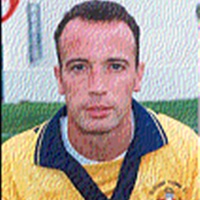 McGinnis broke into the Dundee United first team, along with Dave Beaumont, in 1983–84 season, making six appearances and scored his only goal for the club in a 3-0 League Cup win against Motherwell at Fir Park.

More of a versatile back-up player rather than a first teamer, McGinnis appeared in some of United's major European games, playing against Manchester United in the 2nd Leg at Tannadice in 1984, and spent most of the 1986-87 season UEFA Cup run on the bench, making four appearances in the run to the Final. This was probably his best season with United, playing 25 times. McGinnis played in a handful of games in each of the next three seasons, but never became a regular and, after seven years at Tannadice, left for St Johnstone in 1990.

McGinnis later played in Hong Kong with Happy Valley alongside fellow Scots Ian McCall, Paul Ritchie and Paul Ronald, before finishing his career in English non-league football with Slough Town. As a youth, McGinnis won the Under-18 European Championship with Scotland in 1982 and reached the quarter-finals of the resulting 1983 Under-20 World Championships.

McGinnis played his final years as a professional in the Queensland State League with Bundaberg Waves, before becoming the Director Of Coaching for Central Queensland. He joined the Australian National League side Northern Spirit in 2002 as Head of Youth before taking on the role of Director of Coaching for Kuringai in 2007. Now playing for Harbord Seasiders Utd in the Manly Warringah Football League in Sydney. McGinnis helped the senior men's team to the Grand Final of their competition in 2009, missing out on a winner's medal after a 1-0 loss. In 2010 McGinnis is featuring in the Harbord Seasiders' over-35s team. From 2011 to Present, he teaches in the Physical Education Department of St. Aloysius College, Milson's Point, Australia and teaches PE and PDHPE. As of the 20th August 2011 Gary Mcginnis has retired from Harbord Seasiders United Football Club over 35s division 1 team. As of February 18, 2012, mcginnis resides in Coffs Harbour, New South Wales.