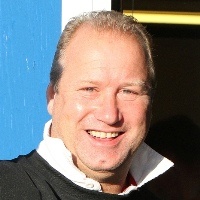 Steve guided the Rebels to safety at the end of the 2008/09 season, and in the following season, turned the side's fortunes around completely, leading Slough into the Midland division playoffs after final-day drama at Romulus saw the Rebels narrowly snatch fifth place. A superb semi-final victory over Hitchin Town was followed by heavy defeat in the final at Chesham United.

In season 2010/11, Slough again reached the playoffs, but this time lost to Hitchin in the semi-final. The following season, Bateman guided Slough to the Third Qualifying Round of the FA Cup, only to be defeated in a replay by lower-league Hanworth Villa. Slough ran St Neots Town close to the Southern League Division One Central title, only to fall away at the end and then suffer heartbreak in the playoff semi-final again, this time against landlords Beaconsfield SYCOB, after finishing as runners-up.

He then fulfilled his ambition of reaching the First Round Proper of the FA Cup as a manager in season 2012/13, his side seeing off Gosport Borough in a Fourth Qualifying Round replay to earn a trip to Mansfield Town in November 2012. Slough came away from Field Mill with a highly creditable draw, forcing the full-timers to a replay at Holloways Park, which ended in penalty shoot out heartache after a 1-1 draw in front of a crowd of almost 1,600. Mansfield would go on to win the Conference National and gain promotion to League 2.

The season was to end in disappointment for Slough though, as the Rebels missed out on a playoff place by a single point after a fixture pile-up late in the season. Steve, along with assistant Fred Cummings, left the club by mutual consent in May 2013 after the season had concluded.

Steve also had successful spells as manager of Chesham United, Berkhamstead Town - where he guided them to the FA Vase final at Villa Park - and Hemel Hempstead Town, who he guided to promotion to the Southern Premier League.

As a player, Steve was a powerful defender who started his playing days with Hemel Hempstead before joining Everton. He went on to win the FA Youth Cup with Everton in 1984. He later played over 300 games for Chesham.

'Bates' first joined Slough Town in the summer of 1994. He went on to become a rock at the heart of a Rebels defence which ran Enfield so close to the title. He appeared for Slough in the Conference following their promotion from the Isthmian League before leaving the club in the summer of 1997.