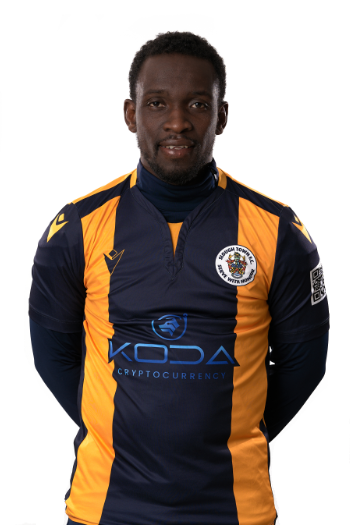 41-year-old Manny cemented legendary status at the club with the winning goal in the Southern League playoff final at King’s Lynn Town, which earned promotion to National League South. In total, he scored 23 goals in 111 appearances.

As a player, Manny was a wide midfielder or forward who originally joined the club in January 2017. He began his career at Notts County and Millwall, also representing England Schools. Subsequent moves took him to Concord Rangers, Bowers United, Leyton, Yeading, Maidenhead United, Woking and Basingstoke Town, where he made over 100 appearances.

His experience proved crucial for the Rebels – as well as winning promotion to National League South, he also helped the club reach the Second Round of the FA Cup twice, and won the Berks & Bucks FA Senior Cup, scoring in the final against Reading.